The Lavatory On floating nomadic homes in particular; an inordinate amount of time and energy is spent on the toilet. Most of that time it is either trying to fix it or thinking of ways to make it so it doesn't need fixing. A lot of motor homes, house buses and trucks being sold advertise as having a marine toilet, so maybe mobile people on land spend just as much time on it too. 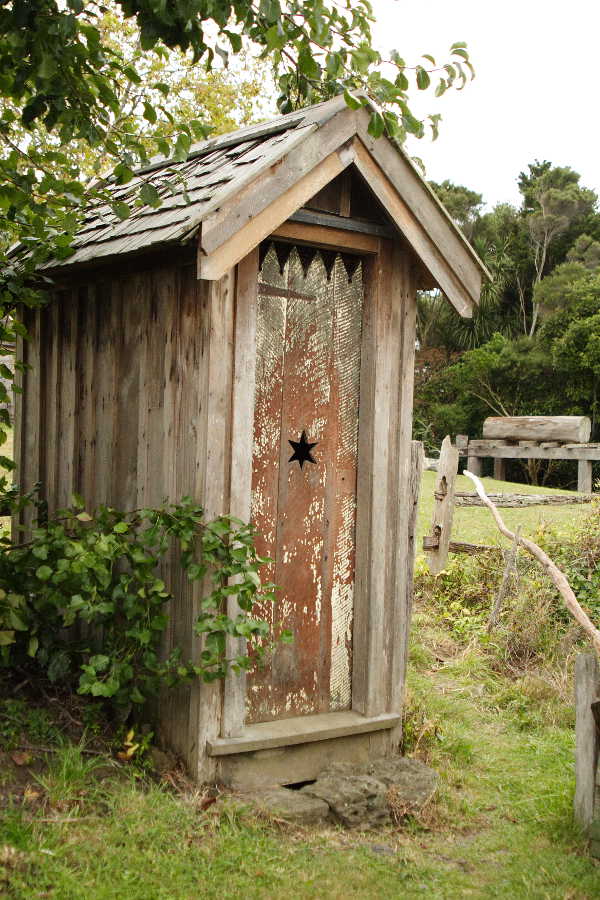 There are several different approaches, with different pros and cons.

Bucket and chuck it: Very cheap, reliable, doesn't take up much room. In fact this is probably one of the most pragmatic solutions on a boat.

Porta-potty: These should work for most people in most situations. They are very portable and can be emptied at any public toilet. They do tend to have a reputation for being smelly. I think that the reason people have a problem with smell, with them is because the treatment chemicals most people use are formaldehyde based. Not only does it have a bad chemical smell to start with, but is also toxic to handle and creates an anaerobic process in the holding tank, which will permeate the air with the sent of sewerage. There is an alternative product called Bio Magic. It contains no poisons, enzymes, bacteria, bleach etc. It is supposed to work by supplying large amounts of oxygen to the existing bacteria, creating an aerobic process, which doesn't smell.

Flush toilet: With or without a holding tank, this is what most people aim for. These units also account for the most regular maintenance problems of any system in a boat. The problem with them, is that they are invariably over engineered and over complicated; often leaving their owners up to their elbows in sewerage, at the most inconvenient of times. The Lavac is one brand, which doesn’t suffer from maintenance issues. Lavac's are a vacuum toilet, in either manual or electric. With the manual version, the only moving part is a Henderson mark IV diaphragm pump. The whole front of the pump unscrews, to clear any blockage quickly and cleanly. The Lavac can be either plumbed straight over the side, or to a holding tank. If you do plumb it to a holding tank, you still only need the one pump. With the addition of two Y valves, that one pump can either discharge overboard, into the holding tank, or be used to pump out the holding tank.

Plumbing: Smell from a flush toilet comes from two places: plumbing, or the holding tank. This is one area that you don't want to economize in. Sanitation hose needs to be made specifically for the job. It is expensive, but nothing else will prevent smell. Even proper sanitation hose will need to be replaced periodically, but you should get a couple of years use before odours start to permeate. Rigid PVC pipe works well, is impermeable but won't last in the constantly moving environment of a boat. I don't know if the same problem occurs with nomadic homes on wheels. If it doesn't, it would be the material to use.

Holding tanks: There are only two materials that you should consider for a holding tank: Polypropylene or Linear Polyethylene. Don't go thinking that a stainless steel tank is a good option either. It needs constant oxygen to avoid corrosion, which it won't get, if it is holding sewerage. In the case of Polypropylene, the wall thickness should be at least 1/4 inch thick, to prevent odour permeating and thicker for strength in bigger tanks. There are a lot of superstitions regarding odour control with holding tanks. Some people recommend using very large breather tubes to get plenty of air in, to aid the aerobic process. Others will try to run fish tank aerating pumps to achieve the same thing. It doesn't work. The tank has to be impermeable to odour, which is why I have specified the two above materials. In the past I corresponded with a gentleman who designs municipal sewerage systems. In his opinion, it is impossible to get enough oxygen into a small system, such as a holding tank. Instead the best option is to keep the odour contained in the tank. You will still need a breather pipe big enough so that the tank doesn't implode when being emptied, or explode when being filled. This will emit some odour when flushing, as air is expelled from the tank at the same time. Afterward, the odour will stay in the tank.